Silence as the Educator, my time in Tokyo

As I was thinking about how to describe my (too short of a) time in Tokyo, I decided on peaceful observations. I feel it's quite fitting as I did not have much to say (giant language barrier) and the calm and mellowness of the people was contagious. I felt like I was walking on clouds the whole time without a care in the world. Surprisingly (or maybe not surprisingly), few people in Tokyo speak English. And, there is something to be said about keeping your mouth shut and simply taking in your surroundings. So not being able to communicate was not really that terrible. The city and metro is easiest enough to navigate and pictures really do speak a thousand words!

If you are in Tokyo anytime soon, you might want to check out the MORI Building Digital Art Exhibit. Definitely a little mind-blowing!

For me, being in Tokyo was like being in another world which is a feeling I haven't experienced before when traveling abroad. While in Costa Rica or Panama, for example, things were different, but I had a reference to the language and I could figure out menus, street signs, etc due to the fact that they use the same letters as English and a lot of the words are similar enough to figure things out. Generally, the people act the same as I am used to. You can look at a person and guess how s/he is feeling. In Tokyo, I had no clue what people were thinking or feeling. Pretty much everyone had no expression on their faces, were reserved and kept to themselves. However, they all were friendly, patient and helpful. As soon as someone realized I was trying to communicate with them, they were more than willing to try and work with me. They waited while I pulled out my phone to type in my translator app and then answered as best they could or took out their phone to let me read the Japanese they translated. Staying in a hotel that was outside of the traditional tourist areas was also a great (unplanned) idea. Where I was staying was the only hotel around. (I found it on Airbnb, but booked it through booking.com). I definitely was an outsider and could feel that with the curious stares both from adults and children. Except, I didn't feel that being an outsider was anything bad. People were just wondering what I was doing there.

If you go to Tokyo, I highly suggest getting some nail art. I also got hummingbirds on my toes! So fun and I met the nicest people![/caption]

Me and Mee! She was my toe nail artist!

One of my favorite things to do at the end of a long day and after the sun had fully set, was take the metro to Shinjuku station and then walk 45 minutes home. I loved it so much because this was when the streets became even more quieter than during the day. The weather was perfect and I could only hear my footsteps, the humming of a bicycle quietly riding by me or an elderly lady watering her plants. If any cars came down the street, they drove very slowly and cautiously around me. Occasionally, I would see a mom pushing her child in a stroller heading home or with her child strapped to the back of her bike. Every night, people were making their way home in a place that felt like the perfect world. Everyone follows the rules, is conscientious of each other and respectful of their environment. I have always been a rule-breaker of sorts and actually, when someone tells me notto do something, that's what I end up wanting to do most even if the thought never crossed my mind before. So I was surprised at how much I appreciated this aspect of the country. I guess I never really considered what it would be like to live in a place where the rules weren't questioned or generally broken because I grew up questioning all the rules and that was perfectly acceptable in a lot of ways. Hell, I teach my students to question everything though I like to call it critical thinking ;-) The last book I read with my class this school year wasA Wrinkle in Time, and I swear, this place felt like Camazotz (an awesome debate my students had was whether Camazotz is, in fact, the perfect place or not). Later in my trip, when I was at the home of a lady named Yuka, she was explaining to me that Airbnb had been outlawed in Japan starting June 15 and everyone was informed on June 1. She told me she  wondered why they didn't give more notice and then said to me "It's the rule so we have to follow it" and then shrugged her shoulders.

Yuka taught me to play the Koto. She also lent me a kimono that her grandmother handmade. That's her awesome dog, Pooh!

Now she is applying for a license and putting her Airbnb overnight host plans on hold. There was no protest or outrage from the country. They were told that was the new law and complied.

I don't want to forget the relaxed, contented and calmness I felt the entire time I was there. I learned a lot in the short time and hope to make it back soon to do all the things I now have placed on my Tokyo To-Do list.

Next is Vietnam! Something tells me it will be very different...
Julia at 7:12 AM No comments:
Share 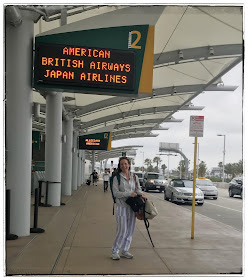 This past September, I decided to plan an experience of culture, landscape and adventure. For the next 5 or so weeks, I will be  on a journey through three countries: Tokyo, Japan, south Vietnam up to the northern city of Hanoi and Bali, Indonesia. This plan is Part 2 of infinite parts ;-)

Part 1 happened last summer when I was driving across the country alone over the course of 12 days. I had the opportunity to reflect on what I want my life to be and it's a road I continue to travel down. I definitely don’t have all of my answers yet and I know that my answers are not necessarily yours, but I did realize/finally face that teaching and working had taken over in many ways and as a teacher, I am pretty sure you have felt this before. Even though I have been able to experience a lot of really great things, there still felt like something was missing. I needed more excitement and I truly believe that this new path which involves stepping away from the job more will actually make me a better teacher (See? That’s still the focus in many ways, so it’s all good).

Discovering what makes us feel alive and taking part in it is essential if teaching is your chosen career. As teachers, there is way too much time and energy spent on providing an education and safe space for others that we often forget about ourselves or think that we don’t matter as much (we do!). For years, my life literally revolved around teaching and in some ways that will never change just because that is the nature of the job. However, teaching doesn’t have to deprive us of things we are worth having. Heading into my 13thyear, I look back and realize that I felt like without me the world for my students/our classroom would fall apart. I am much less egotistical now and I am working to break free of this notion. Giving up our lives for others is not necessarily the best thing for everyone.

To read the rest of this blog post, please find my new site here!
Julia at 11:01 PM No comments:
Share

The Last Day of School Plans! 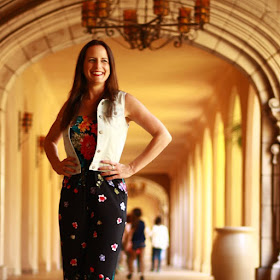 Hi! Thank you so much for following my classroom tales! I have recently updated my blog onto a new site called Teachers On Point! Please find this blog post there and sign up for a FREE, EXCLUSIVE teaching resource while you're there!